Transit riders get fit, stay relaxed | www.ajc.com: "“Once you’re on the train, it is pretty low stress.”" 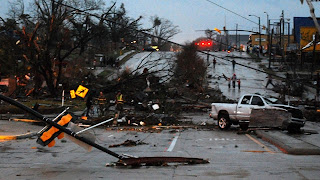 Hardy Street in front of the University of Southern Mississippi campus is obstructed by debris blown by an apparent tornado in Hattiesburg, Miss., Sunday, Feb. 10, 2013. (AP Photo/The Student Printz, Jana Edwards)
Homes Wrecked, Dozen Hurt in Mississippi Tornado - ABC News: "A tornado tore through Hattiesburg on Sunday as part of a wave of severe storms that downed trees, damaged buildings and injured more than a dozen people."

Time to admit it. The auto-system doesn't work. It is too dangerous.

Four killed in 27-car pile-up on Georgia highway | Reuters: "The crash, involving a tanker truck that ruptured and caught fire, shut down I-16 in both directions about 30 miles southeast of Macon, according to the Georgia Department of Public Safety.

The Georgia State Patrol said four people died and nine others were injured in a pile-up that investigators believe involved as many as 10 separate crashes."