10 dead in one crash on Florida highway. End of the world.

"You could hear cars hitting each other. People were crying. People were screaming. It was crazy," the Gainesville man said hours later. "If I could give you an idea of what it looked like, I would say it looked like the end of the world."

Authorities trying to determine the "cause." Please! The cause is the private auto! It is not safe, has never been safe, will never be safe.
at 9:06 AM No comments:

Sight unseen | CharlotteObserver.com & The Charlotte Observer Newspaper: ""We never lived in a center city environment before and found the concept of living without a car appealing. Walkability as measured by the website Walkscore ( www.walkscore .com ) was high for Charlotte city center, and the fact that Charlotte has a light rail and is expanding was also a big plus for us."" 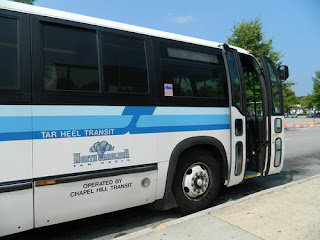 "Back in 2001, before we went fare free, we were doing about three million rides per year, this year we'll do a little over seven milion rides," he says. "That's about a 120, 130 percent increase in ridership over a 10 year period, which is amazing especially in a community of our size.""